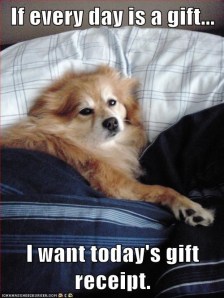 One thing I didn’t mention in my blogs posts this week is the fact that I have been sick. Again, you ask? Yeah and worse than the first one a month ago. On Thanksgiving Robert’s dad came over with a doozy of a cold and infect myself, Robert and my parents! The cold was really irritating and weird. At first I was ok but then in the evening I would burn with fever. I had a mild sore throat but as day one went into day two of the cold, I was losing my voice. I was congested and snoring my husband out of the bed at night. It took me a full week to get through the cold. I was mostly ready to get back to CrossFit on Saturday but it was so cold in the morning that I knew it wasn’t the smart thing to do. So I go back to CrossFit tomorrow. I am sure I will be sore like it’s my first week ever in CrossFit, but I would rather be extra sore than pressing myself to workout when I am sick. I don’t want to infect others and  want to give my body the ability to beat the cold and not be dragged further down.

I also have been awesome at writing in my food diary. Want to know what I am seeing? I am basically addicted to sugar from about 2pm till I go to bed at night. It’s crazy. I don’t crave the sugary items, it’s the voice in my head that negotiates for it and won’t stop until it gets what it wants. It’s fucking annoying. It asked for chocolate one afternoon 15 times. 15 times!!!  I mean, come on. Just shut up. But I also noticed that writing it down is giving me will power because I don’t want to write down the things my mind asks for. So yay for that! I also made a much larger effort today to prep for the week than I have in three weeks. I have vanilla custard and fruit prepped for the week. I have made paleo crunch and apple cider donuts. Plus I have my paleo breakfasts and lunches from No Rep Meal Prep. I feel armed and ready for the week!

And for fun, below is a picture of the donuts I cooked yesterday with my new camera! 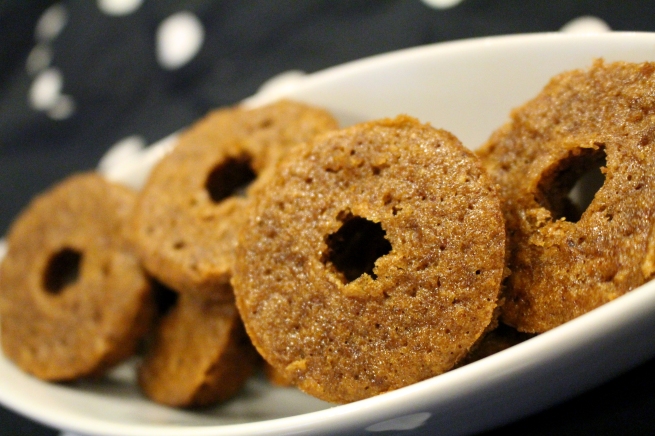