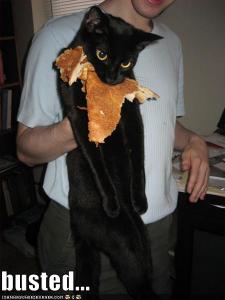 I have been struggling, and it’s no secret! I have found myself not being able to stop myself from eating the wrong things or not exercising. Now yes, I was commuting for all of August, but this started before then. Robert would come to visit, or there would be a party and I would just eat whatever and not think about what I was doing. I stayed the same weight for almost all of June and July. AND I was working out! I was lacking the focus.

I had a twitter conversation with a friend of mine, Regina, last night. We both started working out and eating better at the same time this year and have been trying to motivate each other. She has been more successful than me because she didn’t lose focus. So I went to her and asked how she dealt with the voice in her head that really didn’t want to change. What she said was that she struggled at first but didn’t give in. That eventually, because she fought back, the voice stopped. That something CLICKED. And that is what I have struggled with my ENTIRE life. So I am glad she was honest with me. Because now I need to just hunker down, admit that I hear the voice and tell it to SHUT UP. That I am not going to be the same person ever again. That I am changing what I eat. I recognize that it isn’t the sugary, deliciousness I am used to having but what I am doing is for the good of my health!! And that is so much more important than some good tasting food moment that lasts for a brief few moments!

So I thank her for this and hope that going forward I can continue to eat well. I am good/better at going to the gym. Now it’s time to stop being 5 and eat better. All the time.

One thought on “A Good Talk”